The Ascent Ac II sleeping bag is Outside Magazine’s Gear of the Year – Best Sleeping Bag of 2020, the Women’s Ultralight sleeping mat is Backpacker Magazine’s Women’s Pick for sleeping pads.

It’s always nice to win awards, and Sea to Summit has collected quite a few over the years. However, there is particular significance to these two products being recognized by the very best journalists in the industry. Here’s why: 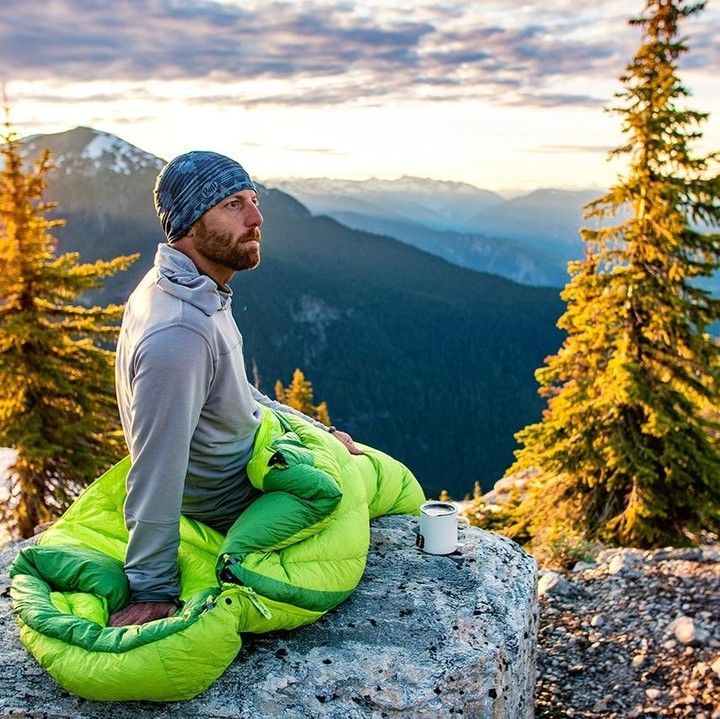 The Ascent is a beautifully constructed, high quality down sleeping bag. Its importance in the world of outdoor products is that it pushes back against a couple of trends in the industry, and breaks new ground in doing so.

Firstly, it has a wider cut than is common in performance sleeping bags. The shape has been precisely calculated to allow a sleeper to roll over onto their side, or assume a fetal position, or simply move in their sleep without their knees or hips compressing the down and causing cold spots. The carefully crafted shape means that the footbox is perfectly sized to keep feet warm, while the knees-through-torso section allow the freedom of movement missing from slimmer-cut bags.

In recent years, conventional wisdom has dictated that a narrow mummy sleeping bag is ‘more thermally efficient’; but this only applies to end-users who sleep more or less static on their backs. For normal human beings, a tight mummy cut means compressed insulation and less warmth. It’s time to put the old ‘narrow mummy bags are warmer’ myth to bed.

Secondly, the Ascent has three zippers for ventilation. In most sleeping bags you can unzip the side zipper to regulate temperature. Imagine if you also had a second half zipper on the opposite side for cross-flow ventilation (and to allow you to close the snaps, open the zips and stretch your arms out to maybe sit up and drink a cup of coffee in your tent). Now imagine you had a third zipper in the footbox, which would permit even more ventilation and allow the bag to be opened completely flat as a quilt. OK, you can stop imagining now – the Ascent (and the Women’s specific Altitude) have these zippers.

It’s why Outside’s Ryan Stuart
described the Ascent as having
a “huge temperature range”.

If you’re like Ryan, and you sleep in a variety of different temperatures during the year, this will be of significant interest to you.

If a manufacturer focuses only on the weight of a sleeping bag, they will go for a narrow cut with as few zippers as possible. Which cuts into comfort and reduces versatility. 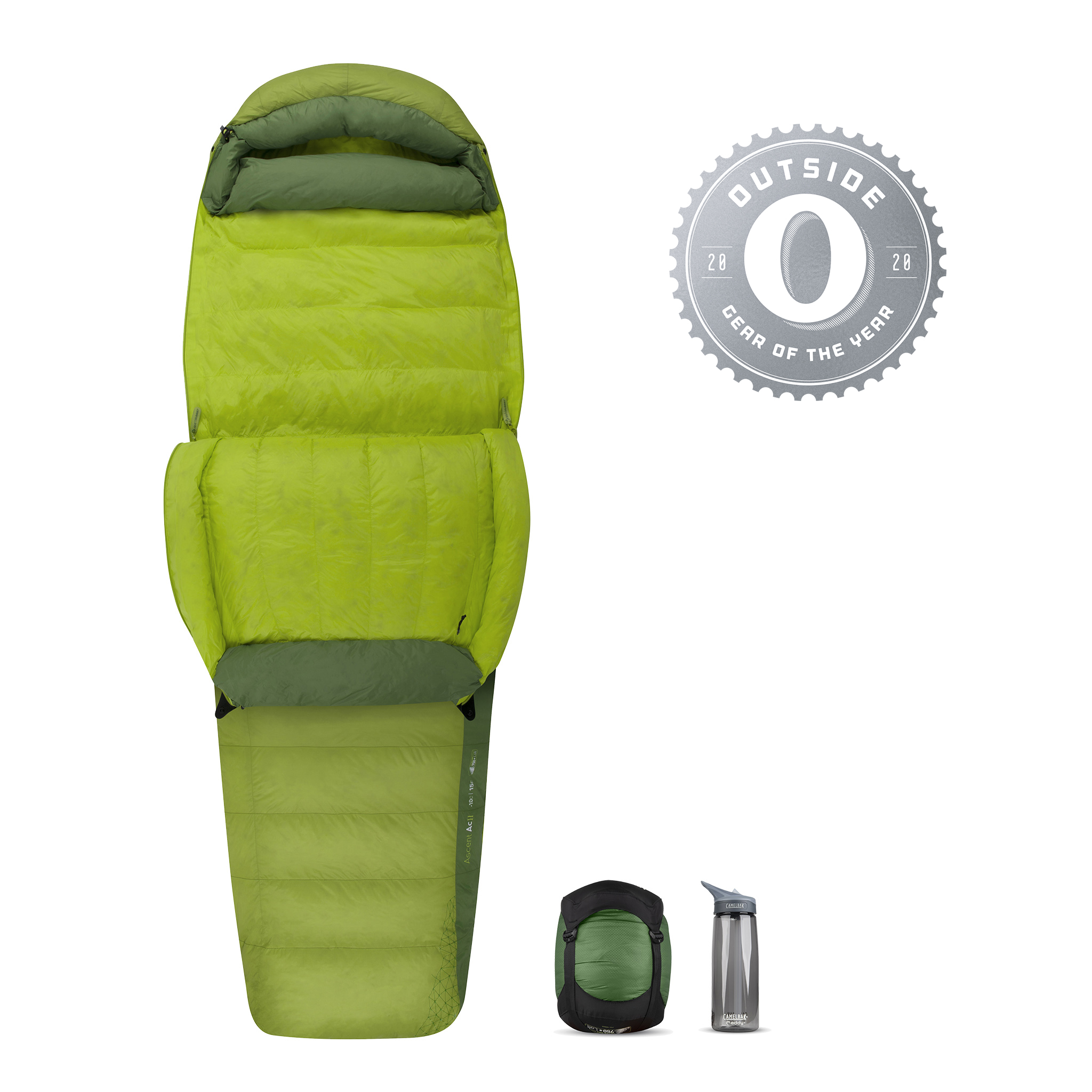 The Ascent AC II comes in at less than two and a half pounds - but it goes out on trip after trip across three full seasons. 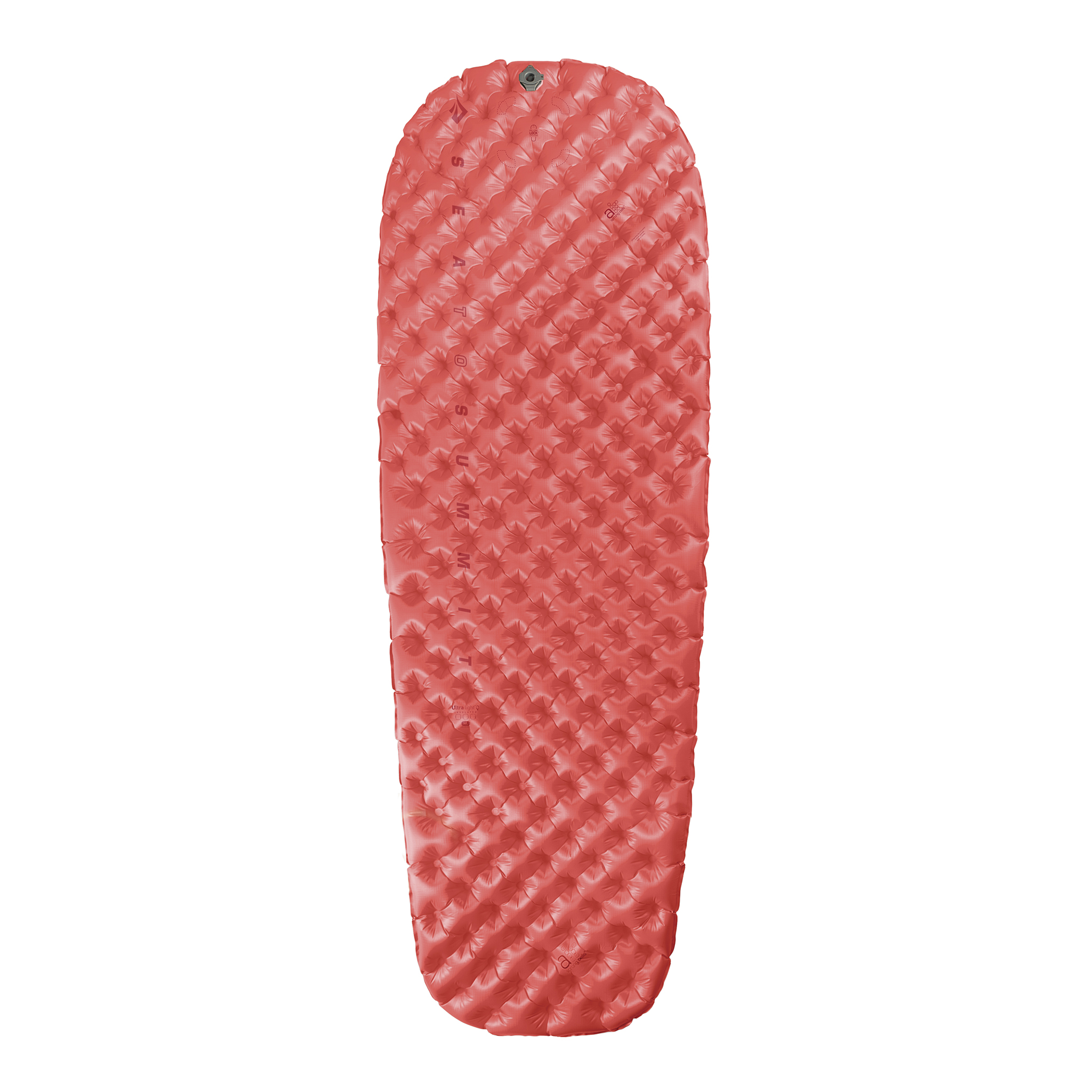 Conventional wisdom has long held that women’s sleeping pads are something of a niche market. Sea to Summit begs to differ. We caused quite a stir in Spring of 2019 when we launched not one women’s sleeping mat, but six separate models, three air mats and three self-inflating mats. Most importantly, they are not ‘women’s versions’ of unisex seeping mats, they are built differently from the ground up.

Backpacker Magazine recognized this fact when they tested the Women’s Ultralight Insulated mat.

They observed that “most (women’s) pads follow a standard unisex shape. This one is a rare exception… (it) has an extra 1.5 inches of width in the hips”.

The carefully-calculated shape allows a woman sleeper to sleep in a natural (perhaps ‘figure four’ position) without the feeling that she is going to slide off the side of the mat.

Beyond the recognition that a women’s sleeping mat needs a different shape and different insulation, Backpacker Magazine also highlighted another aspect of air mat design which revises conventional thought: an air mat does not need to be thick to be comfortable.

The thickness of an air mat is not the key factor in how comfortable it is, the number of points of suspension is. But –don’t take our word for it. Here is what Backpacker’s testers found:

“The 174 egg carton-like air cells support side sleepers better than traditional horizontal or vertical-baffle pads because each cell supports weight individually; we never felt our hips digging into the roots or rocks below us”.

So, yes, it’s nice to pick up recognition. But it’s really gratifying to know that the groundbreaking hard work of our engineers and product developers has resulted in recognition by the industry’s leading journalists. Most importantly of all, it’s great to know that the efforts of our design team mean a better night’s sleep for you, the end user.